It was an interesting week for clean energy sectors in China. Several critical “new prototypes” announced new market updates; both central and local government unleashed policies that would support renewable, hydrogen and battery storage in the near term. However, as a recent study pointed out, Beijing has shown signs of loosening its grips over coal-fired power, as new builds surged in the past months.

A few highlights of these events during [June 8- June 14]:

Scroll down for the 12 updates. Hope they could bring some new ideas for your week.

Energy Iceberg Note: the policy is, in fact, an update of NDRC’s Clean Energy Consumption Action Plan that was established in 2018. Both brought up similar measures to increase renewable consumption and cap curtailments including improving system flexibility by adding peaker sources; strengthening energy storage applications; seeking local power demand or consumption sources (power-to-gas, heating, cooling, EVs). There are a few subtle changes on the emphasis of these measures, for which Energy Iceberg will provide further policy analysis in the coming weeks.

Shanghai’s municipal government last week announced that it would provide subsidies for solar and offshore wind through 2021 while ending those for onshore wind. The subsidy amount will be according to the power generation of these projects.

Energy Iceberg Note: the wind industry faces the sunset of national sunset from this year onward. All onshore wind projects are required to complete grid-connection before the end of 2020 for the 20-year national subsidy, and offshore wind has to complete by the end of 2021. Consequentially, the industry has been pleading for the local government to provide extra local subsidy to support new projects, especially the heavy-Capex offshore wind projects.

However, it should be noted that this Shanghai subsidy scheme is not the same “local subsidy” that the industry was hoping. Firstly, it will only provide subsidy for 5 years; then it is for projects completed by the end of 2021–that means it is not a new subsidy for future projects. Right now, there is still no provincial subsidy scheme announced that could substitute the national offshore wind subsidy for future projects. The subsidy dilemma for the wind industry remains a significant challenge.

The tender information by China Three Gorges (CTG) for its Changle Outer Sea Wind Farm Zone A has come out recently. Goldwind and Dongfang Electric each won a cut of 100MW capacity.

Energy Iceberg Note: the 10MW machine initially won a contract from Changle Outer Sea Project (Zone C) last year but then CTG “cancelled” that decision out of concern of Dongfang Electric’s supply capacity for the first-of-its-kind turbine. That concern has been addressed, evidently by the recent tender result. It is another milestone for Dongfang Electric and CTG in pushing forward their 10MW agenda.

The deal marks the first turbine contract secured by GE from PowerChina.

Energy Iceberg Note: GE has secured several cooperations in China’s offshore and onshore wind market despite the ongoing trade war. The result is in a great part due to the surging demand for turbine supply in the market as developers are under high pressure to complete projects within 6-18 months.

CGN Expected to Double its Renewable Capacity by 2025

Data have shown that since the beginning of this year, 12 photovoltaic listed companies have announced production expansion plans, of which the total planned investment amount is about ¥82.052b. At the same time, there are 18 Chinese A-share photovoltaic companies have issued private placements to raise some ¥39.2b.

Energy Iceberg Note: so far the domestic river transportation is still fueled mostly by diesel. The gas industry has been looking into promoting LNG consumption in the sector for years. But the effort produced limited progress in the past, due to the uncompetitiveness of LNG prices. As LNG imported price dropped sharply, a move to LNG is a right step forward.

The policy, for the first time, paves ways for H2’s application in China’s shipping industry.

The capital city released its municipal “New Infrastructure Action Plan (2020-2022),” which sets to promote the application of hydrogen energy in three aspects:

Energy Iceberg Note: Point-3 relates to the Ministry of Finance’s recent policy draft (a feedback-asking version) that promised to offer financial rewards to a selective group of cities in China to carry out fuel cell vehicle and transportation demos.

The first phase construction includes building a liquid hydrogen plant, which is the first liquid H2 plant of the firm in China.

Energy Iceberg: So far, there are only three liquid hydrogen plants in use in China, according to public records. All of the trios were used for space rocket launches, namely Hainan Wenchang Aerospace Base, Beijing 101 and Xichang Base. The three’s total production capacity is estimated at 4 tons per day or an annual output of 1460 tons. Earlier this year, Wuhai city of Inner Mongolia also announced to kick off a liquid H2 project. https://energyiceberg.com/china-hydrogen-industry-comparison/

Dongfang Electric, one of China’s three electricity manufacturing powerhouses, recently revealed that the company had developed a hydrogen fuel cell generator. The system could supply power and heating at the same time.

This fuel cell generator is currently in the prototype stage and expected to be put in pilot at the Chengdu plant by the end of this year. 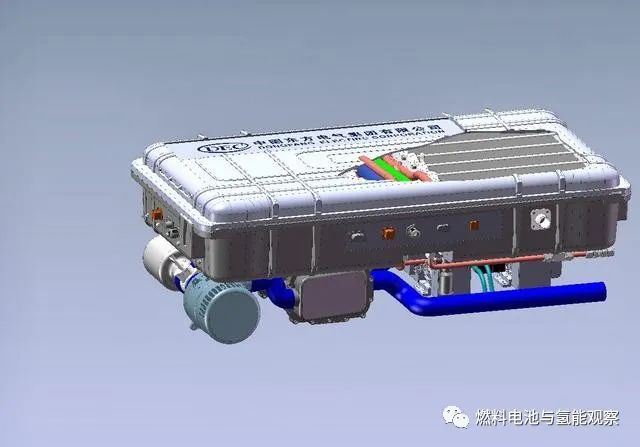 Energy Iceberg Note: Hubei became another provincial government in China to set down “storage” requirements for wind and solar projects, following the footsteps of the neighboring Hunan. Battery energy storage, especially, is likely to rise from 2020 onward due to the collective shift of market dynamics.

Beijing attempts to build no fewer than 50,000 EV charging piles and roughly 100 battery swapping stations by 2022, as part of the above-mentioned action plan of the city to develop “new infrastructures.”

A wave of new coal power construction is underdeveloped this year after the country quietly lifted curbs on new-builds. About 46 GW of new coal plants were under construction as of May, a recent study revealed. Another 48 GW is in the pipeline, including 22.4 GW newly planned, 11.4 GW newly approved (in the first five months 2020), and 14.7 GW recently kicked off.

The incremental installed capacity of new coal-fired power units is 1.6 times of the coal capacity put into operation last year and 2.8 times of the total approved in 2019.