Beijing’s top authority last week sent a clear–but unexpected–signal that the electricity reform would continue, after two years of limited progress. It seems that the regulator would still focus on the grid companies in the coming reform. State Grid, in particular, is required to spin off its critical manufacturing assets.

We remain cautious about the future trajectory of the reform. While asset unbundling would help to open up opportunities for private/foreign suppliers in the electricity market. But any near-term effect is doubtful. And Beijing’s short-term demand on the grid operators (such as cutting electricity price) conflicts with its long-term reform goal.

Besides the update on power policy, our takes of the vital market updates last week:

Please scroll down for 12 updates of last week’s wind, solar, hydrogen, battery and the power markets.

Regarding the grid companies:

Energy Iceberg Note: Industry sources suggest that the above five subsidiaries will be partially or completely unbundled soon. The unbundling plan is in the process of making.

Vessel Incidents Cause Issue in China; JUB to Patch Gap

A major incident during monopile installation was reported at CGN’s Shangwei Houhu project. The crane boom of installation vessel Yu Hang Qizhong 58 collapsed during piling, due to suspected damage to a key component of the lifting brake.

This is the second major vessel issue in China this summer; earlier in June new build jack-up Zhen Jiang suffered engine flooding when leg extraction failed and was subsequently scrapped.

No casualty is reported so far. Causes of the incident are inconclusive. Vessel owner claimed that it is likely to be caused by “pile running” during installation. It denied the accident is due to equipment malfunction.﻿

Dongfang Electric recently received a 200MW order for its double-digit offshore wind turbines. The order is from Fujian Energy Group for its Changle Outer Sea Zone C 200MW Project. It is the largest order for the firm’s market-leading 10MW turbine since it came off the production line.

The first order was 100MW from China Three Gorges (CTG), for its Changle Outer Sea Zone A project.

The prototype of the 10MW installed n CTG’s Xinghua Bay Phase 2 has been reportedly performing well.

Mingyang Smart Energy (MYSE) last week announced to expect a net profit of ¥800-900 mn from January to September this year, up 55.76-75.23% YoY. Amidst China’s offshore wind installation dash, orders in hand remain at a high level, the firm said.

In Feb, JA Solar unleashed an ¥11b investment plan to build a new manufacturing complex and to ramp up capacity in an existing plant. The new complex, to be built at Yiwu Information Optoelectronic High-tech Industrial Park, will be of 10GW solar cell production and 10GW solar modules capacity. Construction of the complex is scheduled to carry out in two phases: the initial stage is to develop 5GW solar cell + 5GW modules by 2021. And the remaining 5GW + 5GW is set to start operation by the end of 2023.

A senior official of Shanghai city last week revealed that Shanghai is soon to release an innovative development plan for FCV at the International Hydrogen Fuel Cell Vehicle Congress (FCVC). The city envisions to:

China Huadian Has Stepped into Power-to-Gas

Besides the deal with Weichai, the power generation company revealed that it had concluded a strategic cooperation deal with Shenzhen Kaihaoda Group earlier in Jun. The duo will jointly invest in building a photovoltaic based power-to-gas project in Weifang, of Shandong province.

Energy Iceberg Note: This is Huadian’s first PtG project. Currently, there is some 10 wind power based electrolysis PtG project ongoing in China, all of which kicked off since late last year.

The move is set to introduce new capital, by teaming up with Three Gorges Capital Holdings, Zhongtian Bishui Capital Holdings, and Dongfang Hydrogen Fund. Exact raising target has not been announced. The funding raised will be spent on fuel cell stake technology R&D.

Energy Iceberg Note: this is a critical move of Dongfang Electric in the hydrogen fuel cell sector.

This test verified the energy consumption, energy efficiency value, gas purity, and stability of the system’s dynamic operation of the wind power dynamic electrolysis hydrogen production system of CERI, laying the foundation for the system to be commercialized.

The firm also becomes the first automotive company in China that set up a hydrogen strategy.

In the five-year strategy, the company eyes on, by the end of 2025: 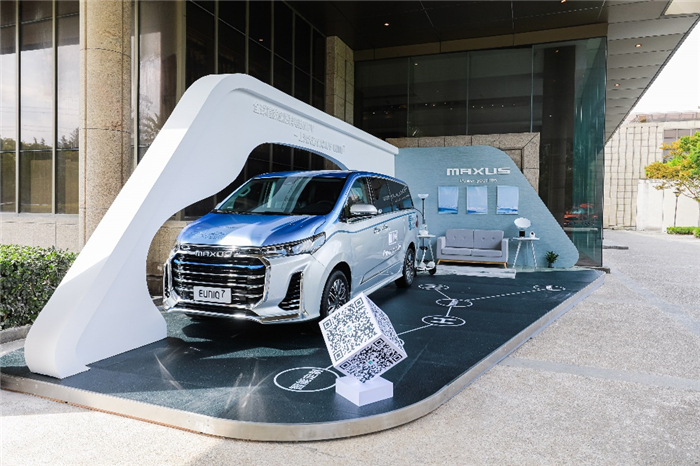 Contemporary Amperex Technology (CATL), China’s top electric vehicle battery maker, is poise to establish a perovskite research team to set foot in the photovoltaic sector. Industry sources revealed that CATL had been trying to recruit perovskite researchers from competitor GCL Poly’s Nano team. However, the effort so far has yet to yield result.

Perovskite is becoming a hotly-pursued area in the photovoltaic market, with growing interests from both the scientific research and commercial sectors. The following companies have set up special teams for the material R&D:

Scroll to Top
We use cookies to ensure that we give you the best experience on our website. If you continue to use this site we will assume that accept these.OkPrivacy policy