The power crunch in China begins to ripple in different industries and in the global markets. A relatively positive development is that the local government begins to allow increases in electricity price (generation-side) for the first time after China changed its benchmark electricity pricing to benchmark plus fluctuation pricing.

Our picks of the critical updates of the Chinese clean energy market last week:

Please scroll down to check out the nine updates that we considered noteworthy last week.

The exchange works with other organizations to adopt low carbon and ESG in the futures market to develop green derivatives system to meet the demand from China’s economic transformation.

Energy Iceberg’s Note: Previously, Shanghai Electrics offshore wind power development was mainly via technology cooperation with Siemens Gamesa (SGRE) produce, where the Chinese firm produces and sells the latter’s offshore wind products in China. By that cooperation, Shanghai Electric has become and stayed as the front-runner of the Chinese offshore wind market. However, its own R&D capability was under question. The new launch, thus, marks a breakthrough of the firm, which has been teaming with domestic technology research players (i.e. Tongji) to develop the +10MW prototype.

We notice that this year the Chinese wind market is witnessing some major offshore wind R&D events including :

Ming Yang released the design of the 16MW prototype.

Zhejiang Windey last week released the 9MW “Haiyao” WD225-9000 anti-typhoon offshore wind turbine platform. The platform has been certified by an authoritative organization and would start commercial production in 2022, the firm said.

This is another progress that Zhenjiang Windey has made since the release of the 7MW “Haifeng Series” offshore wind turbine platform in April this year.  Notably, prior to 2021, Windey mainly focused on the onshore wind market. Its rapid offshore wind R&Ds begins in 2021 and marks a key wind player in China joining the offshore wind competition.

According to Wood Mackenzie’s recent research Chinese Wind Turbine Order Ranking Analysis: H1 2021 that in the first half of 2021, China’s wind turbine orders hit a record high, reaching 25GW, a year-on-year increase of more than doubled. The report pointed out that the top-10 wind turbine manufacturers regarding the volume of wind turbine orders are:

Energy Iceberg’s Note: The key thing to notice is Goldwind–the long-term front-runner of the Chinese market– “only” taking the 3rd place. The “PMSG direct drive” firm is in a technology transformation, which might be the cause of its less active move in acquiring new orders.

The demonstration is expected to start operation by the end of 2021, the firm revealed. It will become China’s first NG/H2 blending testing facility.

Doosan Fuel Cell on Monday shipped four hydrogen fuel cells worth $13.2 million to China in what was marked as South Korea’s first export of the product.

According to the Ministry of Trade, Industry and Trade Monday, the fuel cells with a combined capacity of 1.8 megawatts will be installed at seven apartment buildings of 400 households and one commercial building in Foshan, Guangdong province. The fuel cells will generate heat and electricity.

The fuel cells were manufactured almost entirely with Korean-made parts, according to Doosan Fuel Cell, an affiliate under Doosan Heavy Industries & Construction.

CSSC Perui Hydrogen Technology recently delivered a set of cabinet-type PEM electrolyzers to a large chemical company in Malaysia, marking the first export of the firm’s PEM equipment overseas. Meanwhile, Perui revealed that it had sold two electrolyzers to an Indian and a Nepalese client, respectively. The latter two have completed testing recently.

The Indian contract is featured with a 500m³/h electrolyzer, which uses solar power to produce hydrogen– the hydrogen will be used for ammonia (for fertilizer) production.

The project was signed in May 2020 and was developed by the consortium of Dongfang Turbine, China Huaneng Group, Tsinghua University, and China National Salt Industry Corp. 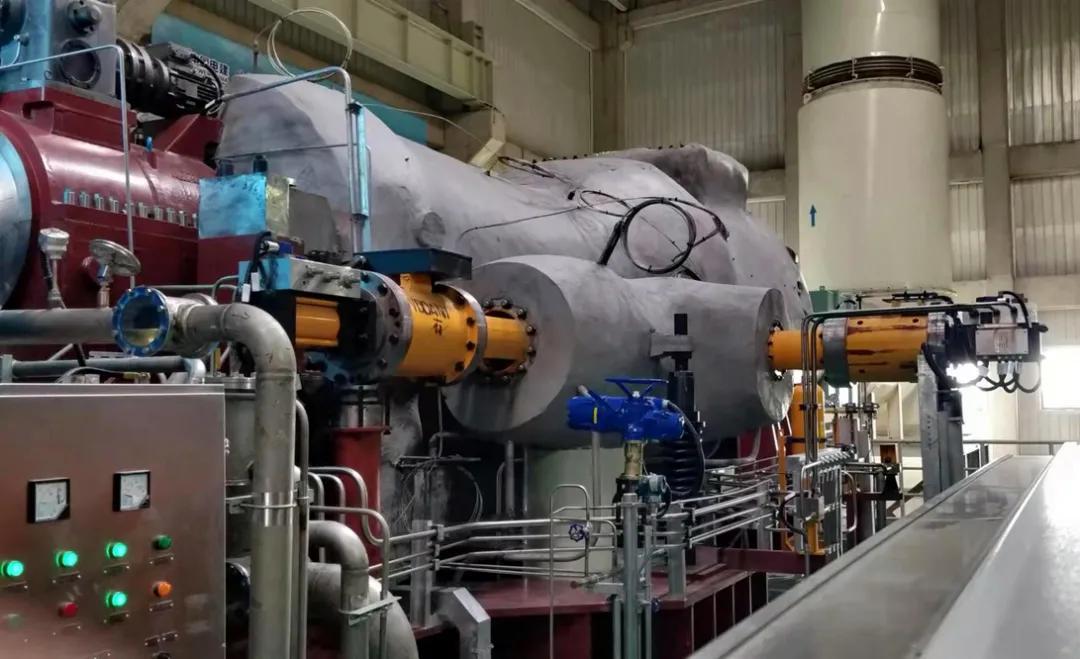 China begins to raise the ceiling prices for electricity for the first time ever since the “benchmark plus fluctuation”(“基准价+上下浮动”) pricing mechanism is implemented.

Hunan Provincial Development and Reform Commission recently issued a trial plan for the electricity fluctuation mechanism of coal-fired thermal power trading. The plan proposes that on the basis of determining the benchmark price of the electricity market, the coal purchase price of coal-fired thermal power companies shall be introduced as a parameter, and the transaction ceiling price shall be adjusted in conjunction with a certain cycle.

In addition to Hunan and Anhui, the governments of Inner Mongolia, Ningxia, Shanghai, and other places have introduced policies to allow the electricity ceiling prices to rise by up to 10%.

In September 2019, China set to sunset the benchmark pricing (essentially, fixed feed-in tariff pricing) for coal-fired power in 2021 and replace it with a “benchmark plus fluctuation” pricing. The new pricing mechanism is, in theory, floor + ceiling pricing, with up to a 10% increase in ceiling prices and a maximum 15% decrease in floor prices.