Please scroll down for the ten updates last week.

The 2020 China Electric Power Development Forum was recently held in Beijing. The conference focused on the development of electric power industry during the 14th Five-Year Plan (14th FYP).

Six of these ten delays are due to military reasons in the South China Sea.

In Aug. 2020, State Power Investment Corp’s (SPIC) 150MW Jinghai and 400MW Shenquan offshore wind farm projects were also delayed due to disapproval from the “military side”. 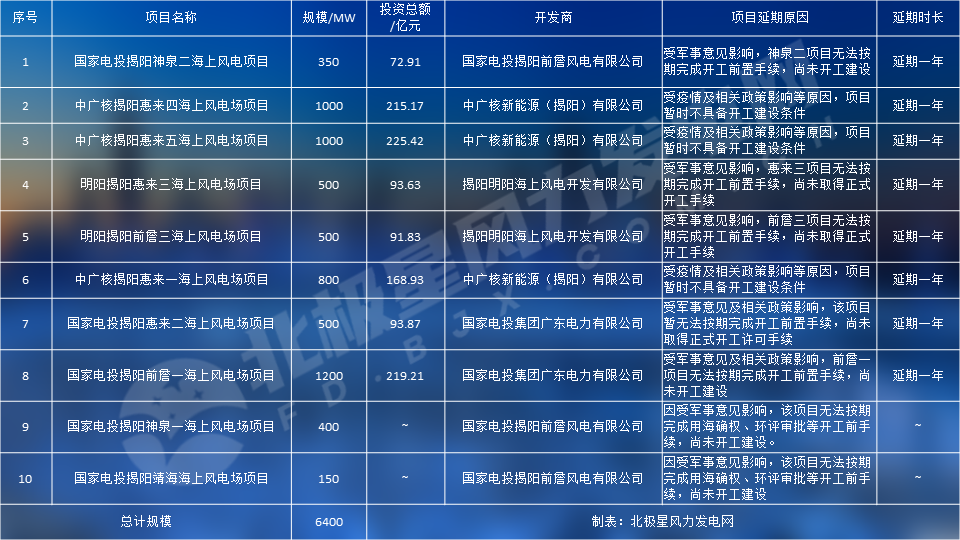 Sinoma Poised to be Global No.1 Blade Maker by M&A

Sinoma will become the world’s largest wind turbine blade manufacturer after the M&A of Zhongfu Lianzhong.

CEIC plans to construct a battery energy storage system to the AC 35kV system side of the Guohua Yigang wind farm booster station. The design capacity is 10MW/20MWh, the tender document disclosed.

This project could be the first battery storage unit for an offshore wind farm in China.

Tesla is planning to invest in ¥42m to build a new factory to produce Supercharger V3 stations in China as it rapidly expands its charging network. Initially, Tesla was producing its Supercharger stations in Fremont, California. With the launch of the Supercharger V3 last year, the automaker moved production to Gigafactory New York, where it also produces its solar roof tiles.

Tesla China VP TAO Lin suggested at an online forum that Tesla would produce about 10,000 Superchargers next year, which is more than the sum of all the superchargers installed by Tesla in China in the past few years. Tao also said that Tesla Shanghai factory is now producing Supercharger V3 stations with the fastest charging speed.

Notably, Tesla has gained approval to sell its Model Y electric crossover in China, according to documents published by the Chinese ministry of industry and information technology last week. Tesla has applied to sell the Model Y in China in early November.

China National Offshore Oil Corp. (CNOOC), the nation’s prominent deepwater explorer, is among four companies to be added to a list of firms owned or controlled by the Chinese military, Reuters reported. The move comes as the Trump administration plans several new hard-line moves against Beijing in the final weeks of its term.

CNOOC hasn’t yet received any official notice or decision from any relevant U.S. government agency, the firm’s listed unit said in an exchange filing in Hong Kong. “The company is closely monitoring the development of the situation,” it said.